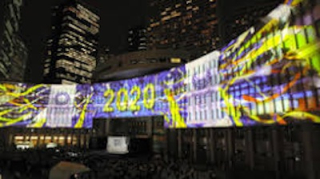 With 3 years to go, overcome hurdles to make 2020 Tokyo Games a success

最優先で with the highest priority

〜に影を落とす cast a shadow on ...

It is three years until the opening of the 2020 Tokyo Olympic Games. Relevant organizations should facilitate closer collaboration among themselves to accelerate preparations for the event, while making efforts to reduce costs.

Tokyo is going through a hot summer. Measures to deal with the scorching heat will also be an unavoidable challenge during the Olympics in three years. Various strategies are required to protect the health of athletes and spectators.

There are several available measures for that purpose — covering the walls and roofs of athletic facilities with greenery, installing mist shower devices that spray water, and improving the surface of roads for marathon and race walking courses to avoid a rise in temperature on their surfaces.

It is desirable to utilize Japan’s state-of-the-art technology to achieve these objectives and bring about more effective results.

Amid the terrorist attacks frequently occurring in various parts of the world, securing the safety of athletic facilities and other soft targets is an issue to be focused on with the highest priority.

The government decided on a basic security strategy in April. Based on the strategy, the National Police Agency is gathering information on terrorism, cyber-attacks and other threats, analyzing them and providing information to relevant organizations.

Compared with the initial plan, event venues are more decentralized. A flawless security system should be established. 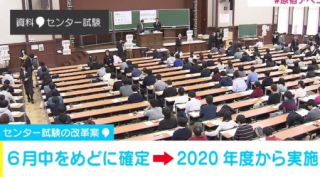 The Education, Culture, Sports, Science and Technology Ministry has finally settled on a plan for implementing a unified university entrance examination system to replace the test by the National Center for University Entrance Examinations. The ministry must quickly put preparations in place to enable the smooth implementation of the plan.

One pillar of the new entrance exam, which will be introduced from the 2020 academic year, is the introduction of short-answer questions for Japanese language and mathematics. The standards for grading that will be entrusted to the private sector should be clearly stipulated, and the system should be examined through trial tests.

Multiple-choice tests will also be able to more accurately assess a student’s level of understanding through steps including questions in which several correct answers must be chosen.

Regarding English, the new system will use the results of tests administered by private-sector organizations, such as the Test in Practical English Proficiency (Eiken) and the Test of English as a Foreign Language (TOEFL), which gauge a student’s practical ability.

The financial burden shouldered by test takers will increase. There also are concerns that opportunities to sit these exams could be limited in regional areas. In the first place, some private-sector exams were never intended to be used for entrance tests. The education ministry should carefully approve which tests will be acceptable for this purpose.

It can be called a realistic decision that the options were broadened by allowing the current English test format compiled by the national center to remain in place until the 2023 academic year. If a full switch is to happen in the future, many problems need to be settled.

Four years ago, the government’s Education Rebuilding Implementation Council suggested breaking away from scoring tests using single-point increments and holding a “one-off” exam on which everything hinged. It also proposed the new entrance tests be held several times a year.

The government and local authorities are urged to swiftly grasp the full extent of the damage and do everything they can to rescue the victims and provide support to people affected by this disaster.

Record-level torrential rain that has hammered northern Kyushu has caused rivers to flood and washed away or inundated many homes.

People have died or remain missing following landslides and other rain-triggered incidents. At one stage, evacuation instructions were issued for about 450,000 people in Fukuoka, Oita and Kumamoto prefectures.

at one stage 一時、 remain残った

“The situation is beyond imagination and very serious,” said Deputy Prime Minister Taro Aso, who was filling in for Prime Minister Shinzo Abe while he is overseas, at a Cabinet meeting Thursday. Aso instructed that every resource available be directed to responding to the situation.

About 7,800 police officers, firefighters and Self-Defense Forces personnel have started rescue and search operations. A government survey team has also arrived in the affected region. They all should work closely with local governments to rescue people in areas that have been isolated due to severed roads and provide carefully tailored support to evacuated residents.

The Japan Meteorological Agency issued special emergency warnings for heavy rain in Fukuoka and Oita prefectures. In Asakura, Fukuoka Prefecture, almost 130 millimeters of rain fell in one hour. Rainfall of more than 80 millimeters per hour can make a person feel like the rain is closing in on them.

In Asakura, rainfall recorded during a 24-hour period to Thursday morning reached about 540 millimeters, more than the city’s monthly rainfall for July during a normal year. This illustrates that torrential rain beyond all imagination fell for an extended period.

Even after the rain eases up, the ground is unstable. Vigilance against further landslides must be maintained.

A “line-shaped rain system” was the cause of this heavy rain. This system generates a steady stream of cumulonimbus clouds, which produce rain, within an area about 20 kilometers to 50 kilometers across and 50 kilometers to 300 kilometers long. In this case, a band of rain formed along the mountains of northern Kyushu and where the seasonal rain front was located, with the rain front moving southward.

Such a rain system caused torrential rain that lashed northern Kyushu five years ago. It also unleashed torrential rain that triggered huge landslides in Hiroshima in 2014 and pounded Kanto and Tohoku in 2015. It is of crucial importance to conduct further research into the mechanism that generates this new phenomenon, which can cause weather disasters.

Has not the rising trend in sea surface temperatures due to global warming and other factors been influencing these weather patterns? Some observers have pointed out that an increase in moisture in the atmosphere leads to an increase in torrential rain disasters.

The seasonal rain front hangs over the Japanese archipelago. The meteorological conditions needed for heavy rain to strike the nation are in place. Complacency must be avoided at all costs, even in regions outside Kyushu. People are urged to get in the habit of taking steps to protect themselves, such as by quickly evacuating, based on weather information.

From Tuesday, the meteorological agency started issuing forecasts that use maps in which areas are color-coded to indicate the level of risk of heavy rain and other conditions. As the Kyushu rain struck shortly after the new system came into operation, it could not fully demonstrate its efficacy.

The provision of accurate information is useful for ensuring the safety of residents. It is essential to have this new system function effectively.

(From The Yomiuri Shimbun) 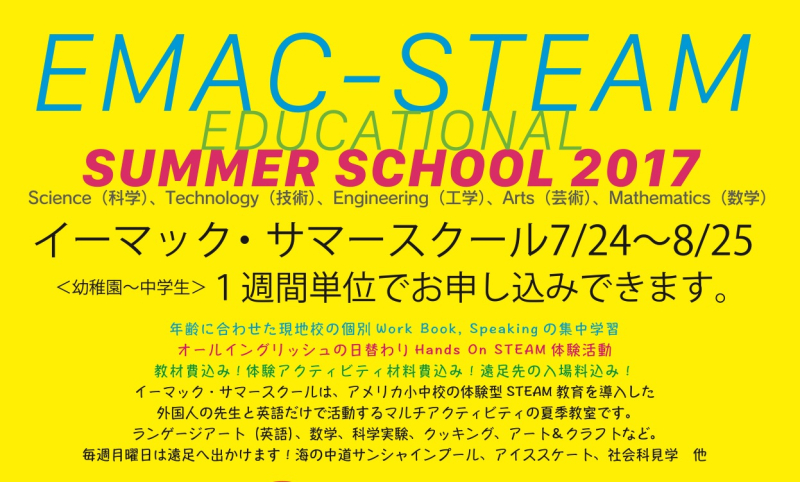 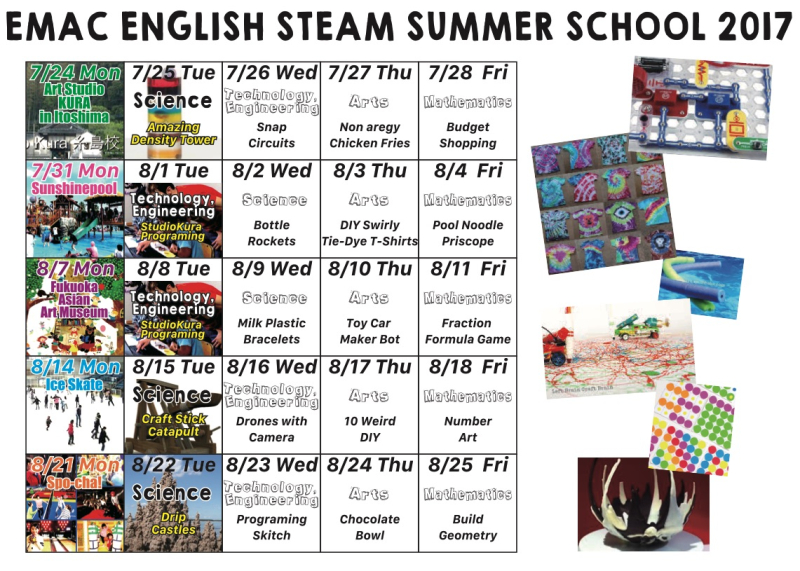 The latest election results seem to indicate voters’ expectations for Tokyo Gov. Yuriko Koike’s metropolitan government to work on reform. Even more importantly, they want the Liberal Democratic Party-led administration of Prime Minister Shinzo Abe to reflect on its arrogance and lack of seriousness. This can be described as the popular will expressed by voters in this nation’s capital.

Tomin First no Kai (Tokyoites first group), a regional party led by Koike, made a great leap forward in its first campaign for the Tokyo Metropolitan Assembly election, a triumph that has enabled Tomin First to replace the LDP and secure the position of the dominant party in the metropolitan assembly.

The number of seats obtained by pro-Koike forces — Tomin First, Komeito and independents supporting her — was far greater than half of the assembly. She has succeeded in laying a stable base for the management of metropolitan politics.

The LDP suffered a historic defeat in the race. This was partly due to the adverse effects of its breakup with Komeito, despite many years of close cooperation between the two parties. The LDP was also harmed by factors such as the government’s inadequate explanations about the Kake Educational Institution issue, which should be primarily addressed in national politics, and inappropriate remarks by Defense Minister Tomomi Inada and others.

The electoral battle, in which the governor spearheaded her own regional party’s campaign, attracted a great deal of attention from Tokyo residents, as illustrated by the fact that voter turnout rose from the previous election to 51.27 percent.

The driving force for Tomin First is the high degree of personal popularity enjoyed by Koike. Backed by its successful electoral cooperation with Komeito, the regional party was the recipient of votes cast by people critical of the Abe administration. Tomin First won in a series of single-seat constituencies while also steadily gaining seats in plural-seat constituencies.

During its campaign, Komeito told voters it would work to stabilize metropolitan politics in tandem with Koike, and it fulfilled the goal of getting all its candidates elected for the seventh consecutive time.

Koike declared victory at a press conference, saying: “[The regional party’s electoral gains] were even greater than I had expected. I’ve been moved to know I’ve gained an understanding of residents in Tokyo, and at the same time, I keenly feel the weight of my responsibility.”

Since taking office in August last year, Koike has sought to ascertain the facts related to issues such as the omission of soil-laying work at the yet-to-be-opened Toyosu fish market. This has brought into relief the harmful effects caused by the lack of coordination among divisions within the metropolitan government, as well as the irresponsible nature of administrative operations there. Her avowed readiness to make metropolitan politics transparent through information disclosure was also favorably received.

Immediately before the start of official campaigning for the assembly election, Koike unveiled a plan to relocate the Tsukiji wholesale market to Toyosu while also redeveloping the former site, thereby deflecting the LDP’s accusation of Koike as “a governor who cannot make decisions.”

However, she has not yet explained the details of her plan about how to continue using the market functions of both locations. She needs to show the specifics of her plan and prospects for earnings and expenditures at an early date.