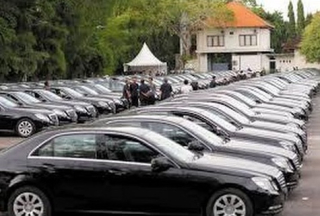 Prime Minister Shinzo Abe's pledge to fully support Saudi Arabia's efforts to end its dependence on oil illustrates Japan's policy of attaching great importance to maintaining stability in the Middle East to ensure a stable supply of energy resources from the region.

Japan's support for Saudi Arabia was expressed in a meeting with King Salman bin Abdulaziz on March 13, underscoring the fact that Japan regards Saudi Arabia, a major power in the Middle East, as the key to maintaining stability in the region.

"Saudi-Japan Vision 2030," the document for cooperation released by Abe and the king after the meeting, includes expanded cooperation with Saudi Arabia in a wide range of fields, such as infrastructure investment, Japanese companies advancing into Saudi Arabia and cultural exchanges.

"We would like to more aggressively develop relations with Saudi Arabia, the cornerstone of stability in the Middle East," Abe stressed during the meeting.

Specific projects on which the two countries plan to work together include the following: to consider establishing a joint research group to look into listing Saudi Arabia's state-owned oil company Saudi Aramco on the Tokyo Stock Exchange, demonstration testing of desalination by Japan's New Energy and Industrial Technology Development Organization and a Saudi public corporation and, holding a "Japanese culture week" in the Saudi capital of Riyadh in April.

end its dependance on oil 石油依存から脱却する

wean the country off its dependence on oil exports 同国の石油輸出に頼った経済を徐々に断ち切る

It is significant that a proposal was finalized after political parties and parliamentary groups overcame their differences in opinion.

On the issue of the Emperor's abdication, the chiefs and deputy chiefs of both chambers of the Diet coordinated the opinions and compiled a proposal put forward from the Diet. It calls for establishing a special law to allow the current Emperor to step down. House of Representatives Speaker Tadamori Oshima presented the proposal to Prime Minister Shinzo Abe.

Article 1 of the Constitution stipulates that the Emperor's position is derived from "the will of the people." The views of the Diet, an institution that represents the people, should be fully respected.

Abe said, "I accept [the Diet proposal] solemnly and will work on formulating legislation immediately." The government intends to submit legislation to create the special law to the Diet sfter the upcoming lengthy holidays. It can be said that a certain course has been set for the abdication issue.

The Liberal Democratic Party and its coalition partner Komeito consistently advocated the creation of a one-off special law to apply only to the current Emperor. They favor such a special law because it would be difficult to set requirements for abdication in a system that applies to future emperors.

The Democratic Party initially called for establishing a permanent abdication system by revising the Imperial House Law to incorporate requirements for abdication, including the will of the Emperor.

生涯忘れることはない：remember for the rest of my life

Querrey, ranked 40th in the world, fired 10 aces, backed up by powerful, precise groundstrokes, en route to his first career victory over Nadal in five meetings.

"I'm ecstatic," Querrey said. "To do it against Rafa makes it even a little sweeter."

A growing number of people are "paying it forward," repaying a received favor to a third person instead of the original benefactor. The practice spreads goodwill through such gestures as giving away free meal coupons, and is becoming popular as an easy way for people to express altruism.

"To a twin like me. I pray that twins the world over can happily enjoy coffee together."

On any given day, there are typically around 100 cards with messages like these affixed to a cork board at the entrance of "Cohaze Coffee," a coffee shop in Tokyo.

The cards on the board are the shop's loyalty cards, with customers getting one point for every drink they order. Once they collect 12points, they receive a coupon for a free cup of coffee. However, instead of using the coupons for themselves, customers give them to others. 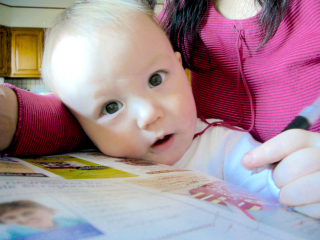 The Baby and Me program is an immersion-based parent & child english language class designed for children ages 3-18 months.

At this age children are developing an ear for both their native language as well as their second language. They are also beginning to express themselves and learning how to make all sorts of sounds.

The Baby and Me program will provide you with a special time for enhancing and nurturing your relationship with your little one through music, creative movement, singing, simple games, rhymes, finger plays, chants and books.

クラスにはいつからでも参加頂けます。
Registration is always open- You can register for Baby-and-Me Class at any time! 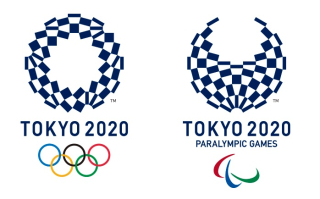 It has been decided that the public will be invited to submit designs for the mascots for the 2020 Tokyo Olympic and Paralympic Games. Ideas for the designs are likely to be widely sought from everyone from children to adults.

When the logos for the Games were chosen, a designer's ideas were initially adopted. But suspicions emerged that the designer might have plagiarized other designs, and so the selection was done over from the beginning. The selection process was criticized for not being open to the public, so to avoid having this kind of thing occur again, it was decided that the general public will also be asked to think about the designs of the mascots.

As mascots contribute to boosting the mood for the Games, hey will attract huge attention. It may be fun for you to think about ideas for the mascots.

まっすぐ進む：proceed in a straight line

A detailed drawing of Edo Castle from around the time it was built by Tokugawa Ieyasu, who founded the Tokugawa shogunate in Edo(now Tokyo) in 1603, has been discovered for the first time.

The place where the castle was built is the location of the Imperial Palace, in which the Emperor lives.

Details of the original castle have been unclear, as there were fires and it was rebuilt. But the drawing shows that the big castle tower was connected to the small one by a fence and other strubtures. There are many open spaces surrounded by walls so enemies could not proceed in a straight line.

Ieyasu built the castle after the death of Toyotomi Hideyoshi. However, the Toyotomi family remained influential in Osaka.

An expert said, "Perhaps[Ieyasu]built the strong castle in preparation for battle with the Toyotomi family."

（The Japan News by The Yomiuri Shinbunより）

Elementary Speech and Debate  for G 3-5